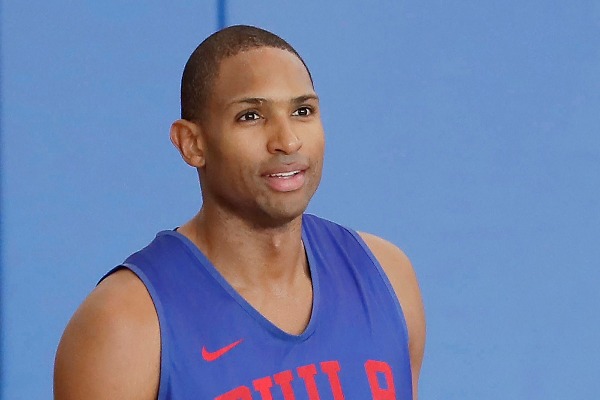 The Oklahoma City Thunder announced today that Al Horford will not play in a game for the remainder of the season. The Thunder are in the middle of a rebuild and want to provide as much playing time as possible to the younger players on the roster.

There are just 28 games left on the Thunder’s schedule this season. Horford is 34 and said he will remain with the team and continue to workout at the team’s facility, but was told he will not see game action the rest of the year.

"We've talked with Al from the time he became a member of the Thunder this offseason about the many ways in which he would be able to help us as we entered the early stages of the necessary transition of our team," Thunder general manager Sam Presti said in a statement Saturday.

"From day one Al has been a consummate professional and has had a tremendous influence on the team on and off the floor with his work ethic and total commitment to his teammates. Our conversations have been open and ongoing about how to maximize this season for him personally as well as the development of our team. Al has been nothing short of spectacular and will remain a part of the team as we build on an approach and mentality that we have taken for some time."

Horford arrived in Oklahoma City via trade on the night of the most recent NBA Draft. According to team officials, Horford has been excellent in mentoring the team’s young players and providing as much support to them as possible.

"When I arrived, I understood the direction of the team, we had a great individual plan in place for me, and I feel like as a result, I've played really good basketball for the Thunder. At the same time, I know what it's like to be a young, aspiring player, and at this point in the season I understand how important playing meaningful minutes is for their careers and their development," Horford said in a statement.

"I also understand how important it is for the organization to give them that opportunity. I'm looking forward to supporting the guys who supported me, watching them continue to play the right way and play together as we have throughout the season, while still being around the team and continuing my training."

When this season ends, Horford will have two years remaining on his contract worth $53 million. He was promised by the Thunder front office that he will be traded to a team that better fits his skill-set at this point of his career.

One of the main reasons that Horford will sit for the rest of the season is so that he avoids suffering an injury, which would ultimately make it more difficult to move him in a trade at the age of 34.

Horford signed a four-year, $109 million contract with the Philadelphia 76ers in 2019. He was dealt to the Thunder just one year later in 2020 on draft night. This year, he has averaged 14.2 points, 6.7 rebounds, and 3.4 assists. Oklahoma City is the fourth team Horford has played for in his 14 years, including stops in Philadelphia, Atlanta, and Boston.