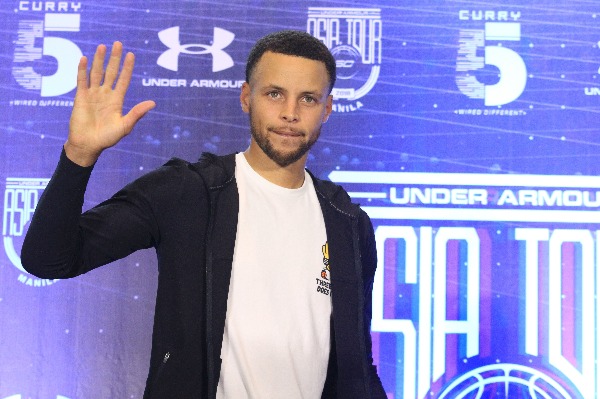 Atlanta has dropped two straight games, pushing the team into second place behind the Charlotte Hornets by a half-game in the Southeast Division. Atlanta sits in sixth place in the Eastern Conference.

Golden State hasn’t fared much better of late, losing three in a row coming into tonight’s contest. The Warriors are in eight games out of first in the Pacific Divison behind the Phoenix Suns. Golden State is in 10th in the Western Conference (only the top eight teams go to the playoffs).

This is the first meeting between these two teams this season and will meet again on April 4.

Trae Young is averaging 25.8 points per game this year, which is good for ninth in the league.

The Hawks suffered a 110-108 setback to the Sacramento Kings the last time on the court. Clint Capella led the Hawks with 25 points. Bogdan Bogdanovic added 20 points in the losing effort for Atlanta.

"I thought we really settled on the perimeter, and in that second half we didn't continue to keep the pressure on their defense," Hawks interim head coach Nate McMillan said. "Defensively, we never really established our defense where we were getting stops. Fox had his way pretty much most of the night."

The most recent game for the Warriors resulted in a 141-119 blowout loss to the Kings, who have won three in a row.

Andrew Wiggins led the Warriors with 26 points. Kelly Oubre Jr. and Nico Mannion scored 19 each. Stephen Curry missed his fourth straight game after suffering an injury to his tailbone. Draymond Green woke up feeling ill and was scratched from the lineup.

"It's important for us. We've been really hit hard just by COVID protocols obviously as a team, so it'll be nice to get as many guys as possible vaccinated and hopefully not have any more issues in terms of missing games, but more importantly, is just the general health and welfare of not only our guys but everybody. The more people who can get vaccinated out there the better so we can build herd immunity and move past everything as a society."

Injuries are taking a toll on the Warriors, who will be without Stephen Curry (tailbone), Klay Thompson (right achilles - out for the season), and Draymond Green (illness) tonight. The Hawks will be without Cameron Reddish (achilles) and Kris Dunn (ankle).

Despite their recent struggles, being only 11-13 on the road, and being the visitor tonight; the Hawks are -5.5 point favorites against the Warriors. With Curry, Green, and Thompson all ruled out for tonight’s game, your best bet is to take the Hawks with the -5.5 spread.