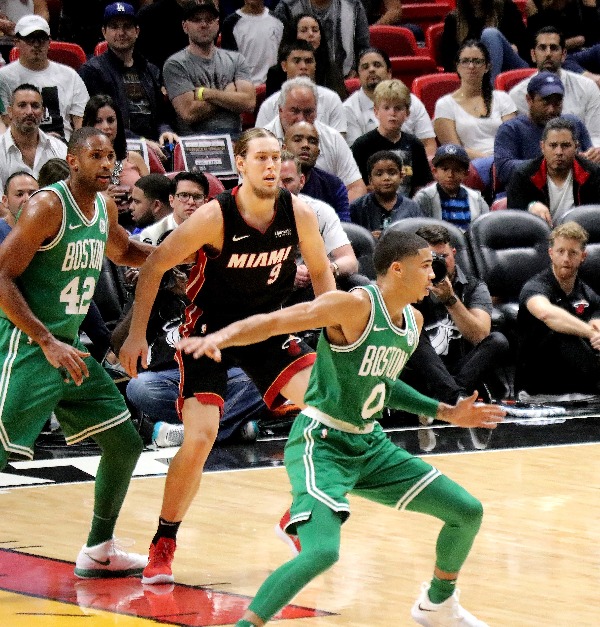 Charlotte has won four in a row at home and two in a row overall to overtake the Atlanta Hawks for the top spot in the Southeast. The Hornets are 6-4 in their last 10 games.

Miami is in the midst of a five-game losing streak that has dropped the Heat to third in the division and one game out of first place. The Heat sits a half-game behind the Hawks for second in the division. Miami is 5-5 in the last 10 games played.

Charlotte’s most recent game resulted in a 122-97 victory over the Houston Rockets. Terry Rozier tallied 25 points, Devonte' Graham added 21, and Malik Monk tallied 19 off the bench for the Hornets.

"This is the Devonte' we know," Hornets coach James Borrego said. "We all know it's in there. This is the guy we know, believe in, and trust. We all believe in him, and tonight, he proved why he's on this roster and why he's such a big part of our group. He was fantastic."

"If things aren't going right with the second unit, it's all on me," Monk said. "With LaMelo hurt, I take great pride in bringing a lot of energy off the bench."

Charlotte outscored Houston 35-15 in the third quarter to take control of the game.

"We just knew we had to tighten up our defense," Borrego said. "We talked a lot about our defensive effort, and the guys responded. The starters were fantastic. They came out with urgency and were making shots, but it started on the defensive end. They set the tone, and we rode that wave for the rest of the half."

The Miami Heat’s fifth straight loss came against the Portland Trail Blazers 125-122. Bam Adebayo and Tyler Herro each had 29 points for the Heat. Kendrick Nunn added 22 for Miami.

Three successful foul shots won the game for the Trail Blazers after Damian Lillard drew a foul from Trevor Ariza. The foul was called by referee Brian Forte.

"Brian saw it one way, we see it another way," Heat coach Erik Spoelstra said. "I think it was a great game and a buzzkill way to end it. I think everybody wanted to see overtime, but Lillard's also a great player. He puts a lot of pressure on you."

The loss for the Heat ended a winless homestand (0-4). It was the first time the Heat went winless during a homestand of four games since 2008.

The Hornets will be without LaMelo Ball, who might miss the rest of the season with a wrist injury. Miami will be without KZ Okpala (health protocols), Victor Oladipo (personal), Jimmy Butler (illness), Udonis Haslem (health and safety protocols), and Goran Dragic (back).