Top Team in the East Visits the Lakers Thursday Night 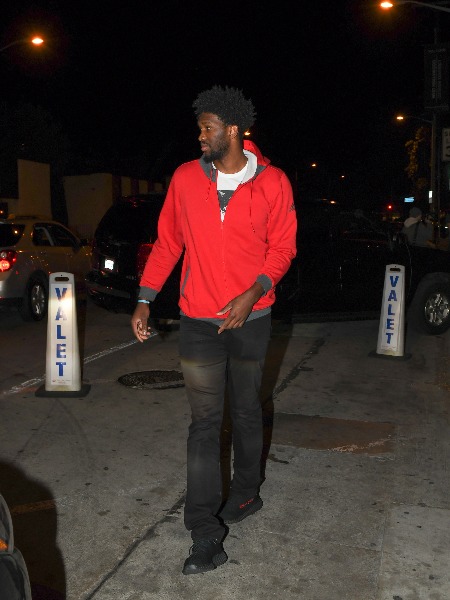 The top team in the Eastern Conference, the Philadelphia 76ers (31-13), hit the road Thursday night to take on the Los Angeles Lakers (28-16). The 76ers are 12-9 on the road but have won five in a row away from the Wells Fargo Center.

The Lakers are 14-9 at home and are 3-1 in their last four games at the Staples Center. Los Angeles plays its third full game without LeBron James tonight. James left in the second quarter of the team’s 99-94 loss to the Atlanta Hawks last Saturday.

Overall, the Lakers have lost three in a row to fall to fourth place in the Western Conference, four-and-a-half games behind the Utah Jazz for first place. The Lakers are sitting in third place in the Pacific Division, 1.5 games out of first behind the Phoenix Suns.

The 76ers are on a three-game win streak and have lost just once in the last 10 games, a 109-105 overtime setback to the Milwaukee Bucks after leading by 19 in regulation.

The Sixers and Lakers first met on January 27 with Philadelphia pulling off a one-point win, 107-106. Joel Embiid paced the 76ers with 28 points, while James led the Lakers with 34 points.

Both teams will be without their heavy hitters tonight as James (ankle), Jared Dudley (knee), Marc Gasol (conditioning), and Anthony Davis (achilles) are all out for the Lakers. Embiid (knee) and Seth Curry (ankle) are out for the Sixers.

The Sixers’ most recent win, 108-98, was a dominant one over the Golden State Warriors. Tobias Harris dropped 25 points for Philadelphia.

“What I liked about his game tonight, he didn't force it, he kind of just let the game come to him," 76ers head coach Doc Rivers said. "And he made plays, not just with his shot but with the pass. Played phenomenal defense."

The Lakers most recent game resulted in a 128-111 loss to the New Orleans Pelicans. Brandon Ingram poured in 36 points to pace the Pelicans and Zion Williamson added 27.

"We see it every night. You almost just get used to it," Pelicans coach Stan Van Gundy said. "I didn't even think tonight was like one of his better nights. ... He's so good now, the standard's so high on the offensive end of the floor that you start to take it for granted."

It was the third straight loss for the Lakers, who have been without Davis for nearly 20 straight games.

"We had a stretch in the second quarter where we hit a big drop, which really hurt us in this game," Lakers coach Frank Vogel said. "We didn't play well enough defensively, particularly in that third quarter. We are going to miss guys like LeBron and Anthony on both sides of the ball, so getting us organized offensively is probably my top priority right now."