LAS VEGAS (AP) - Kamaru Usman stopped Gilbert Burns with punches 34 seconds into the third round at UFC 258 on Saturday night, retaining his welterweight title with his 13th consecutive UFC victory.

Usman (18-1) defended his title for the third time and broke Georges St. Pierre's UFC record for consecutive welterweight victories with another resourceful, clever performance that ended with a fierce display of power to stop Burns (19-4), his former teammate and sparring partner.

After Usman got dropped in the first round, he recovered impressively to control the second. He ended the fight with style in the third, putting Burns flat on his back with a perfectly placed right hand just 25 seconds into the round.

Usman pounced and landed another strike that bounced Burns' head off the canvas. He continued to pound the challenger on the ground until referee Herb Dean stepped in.

The Nigeria-born Texan jumped up and yelled to the mostly empty gym to "put some respect on my name!"

"I'm the varsity guy," Usman said. "My fight IQ is different. It's different when you're in the gym with me, and when you get in (the cage), it's a different ballgame. I'm a whole 'nother savage."

Mexican flyweight Alexa Grasso beat young contender Maycee Barber by unanimous decision in the co-main event of the UFC's first pay-per-view show since it returned from Fight Island to the Apex gym on its corporate campus in Las Vegas.

Usman and Burns were longtime teammates in South Florida before Usman moved his training camp to Colorado early last year, partly in anticipation of this showdown. MMA teammates typically don't fight each other, but Usman and Burns had no problem setting aside their history to fight for a title.

"This was a tough one for me to deal with," Usman said. "Gilbert is a guy that I've known from the start. I love him."

After Usman refused to touch gloves before the fight, Burns stunned the champ in the opening minute with a short right hook that knocked Usman to his knees. Usman recovered and focused on leg kicks, but became more wary of Burns' striking speed and combinations.

Usman took charge of the second round with more precise striking, breaking down Burns' defense and hurting the challenger. Usman then ended it with the technical skill that sets his quieter talents apart in a division full of bombastic challengers to his greatness.

Usman and Burns were scheduled to fight twice in the previous year, but both bouts were scrapped. Burns tested positive for COVID-19 last summer, and Usman pulled out of their scheduled fight last December because he needed more time to return from injury.

Grasso (13-3) improved to 2-0 at flyweight after a checkered career at strawweight, controlling the first two rounds against Barber with superior striking and technical skills. All three judges favored Grasso 29-28 over the 22-year-old Barber, who hadn't fought in 13 months after injuring her knee in her first career loss to Roxanne Modaferri.

Earlier, veteran middleweight Kelvin Gastelum ended his three-fight losing streak with a unanimous decision over Ian Heinisch for his first victory since 2018.

Two fights on the UFC 258 card were scrapped less than two days before the show, leaving just 10 fights on the card. Gillian Robertson and Bobby Green both had to pull out of their bouts with health ailments apparently unrelated to COVID-19. 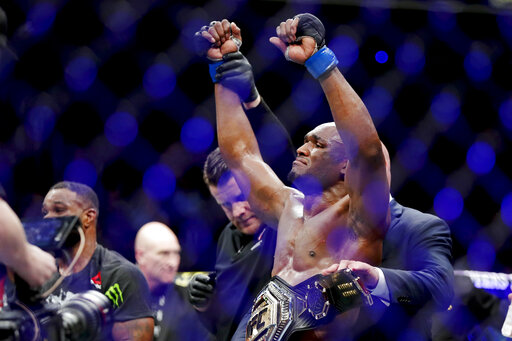 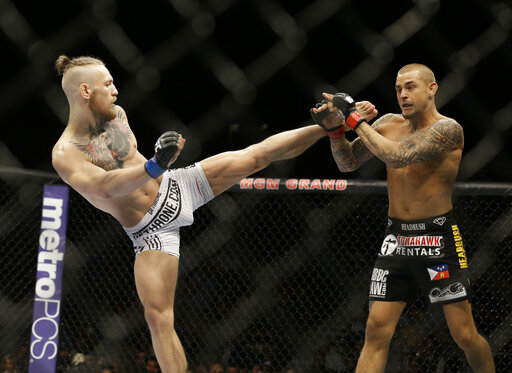 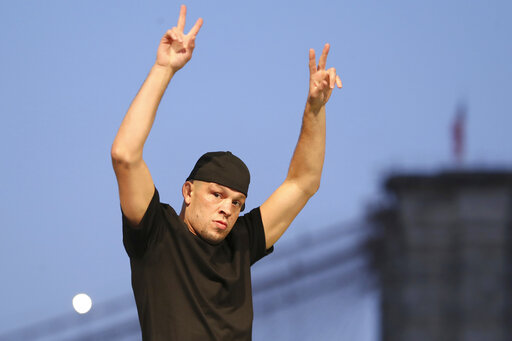 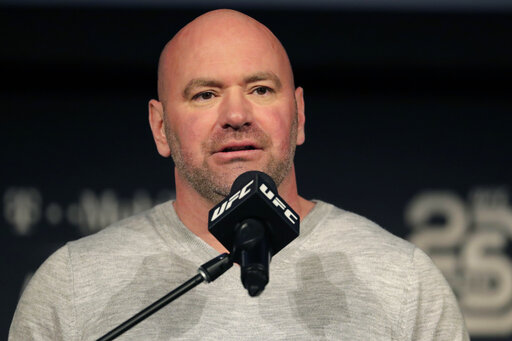