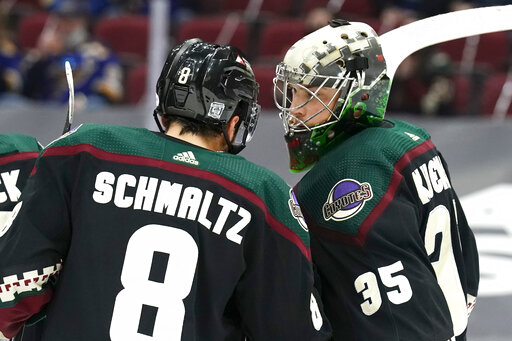 The shifting dynamics of playing hockey in a pandemic led to the Blues and Coyotes playing seven straight games against each other, a first in NHL or NBA regular-season history.

The teams split the first six games, and the Coyotes were at their shutdown best in Game 7.

Keller scored in the second period. Kuemper, making his fifth start in the series, earned his first shutout this season and No. 19 for his career.

Jordan Binnington had 18 saves for the Blues.