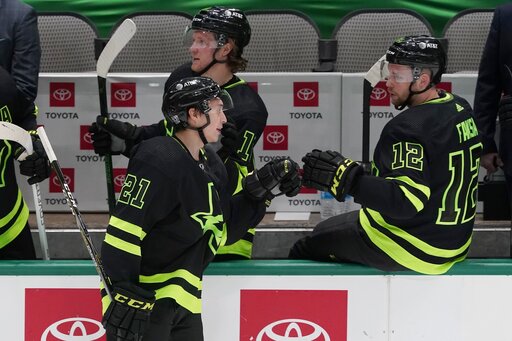 DALLAS (AP) - The Dallas Stars postponed their home game Monday night against the Nashville Predators after a request from city officials not to play because of the impact extreme winter weather had on the area.

With significant power outages in North Texas and throughout the state, the NHL said the decision to postpone the game was made by the teams, on-ice officials and the league upon the advice of Dallas Mayor Eric Johnson.

The NHL didn't announce the postponement until about a half-hour before the scheduled start of the game. There was power at the American Airlines Center at the time.

The game was set to be the fifth of the Stars' season-long eight-game homestand. No makeup date was announced. The teams were already set to play at the AAC on Tuesday night, and it wasn't immediately clear if that game could also be impacted.

Texas was dealing with unusually snowy conditions and bitterly cold temperatures - with wind chills below 0 degrees Fahrenheit - as part of a widespread winter storm. The state's overwhelmed power grid began imposing blackouts that are typically only seen during 100-degree summer days.