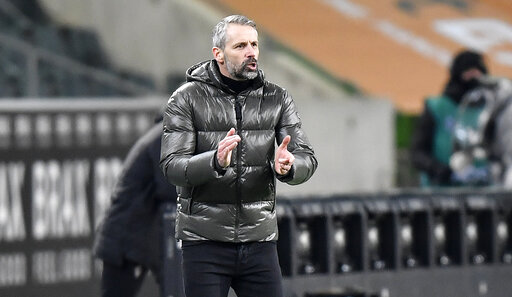 Gladbach sporting director Max Eberl said that Rose would use a clause in his contract to make the move, subject to unspecified conditions.

"In recent weeks we have had a lot of conversations together about Marco's future," Eberl said in a statement.

"Unfortunately he has now decided that he would like to make use of a clause in his contract, which runs to June 2022, and make a switch to Borussia Dortmund."

Dortmund has not confirmed Rose will be its new coach.

Dortmund fired coach Lucien Favre in December and put Edin Terzic in interim charge. Dortmund is sixth in the Bundesliga and Gladbach is seventh as they fight to reach the Champions League qualifying places. The two clubs are also due to meet in the German Cup on March 2.