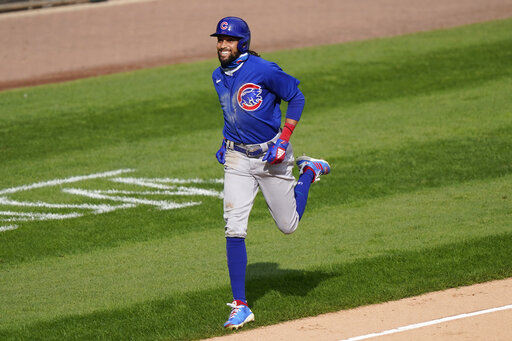 The free agent finalized his contract on Monday with Cleveland, which will give Hamilton a chance to win a roster spot during training camp in Arizona. Hamilton agreed to terms on a minor league deal last week with an invitation to big league spring training, and the contract was completed after he completed medical tests.

Hamilton, who spent last season with the Cubs and Mets, gives the Indians another option as they try to fix an outfield that hasn't produced much in recent seasons. The 30-year-old Hamilton has 305 career steals over eight seasons with Cincinnati, Kansas City, Atlanta, Chicago and New York.

Hamilton had his best years with the Reds from 2013-18. He stole at least 56 bases over a four-year span.

The Indians this month signed free agent Eddie Rosario to an $8 million, one-year deal, and he projects to get one of their three starting outfield jobs. The other two seem up for grabs along with a backup spot.