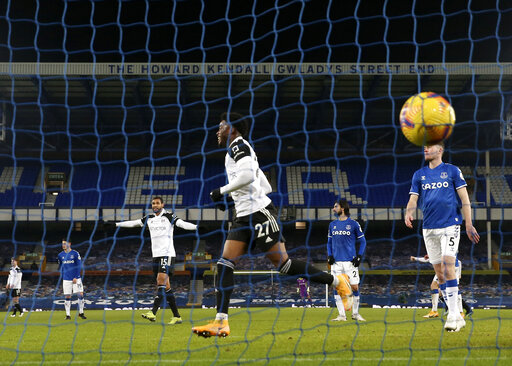 The 22-year-old striker, who is on loan from Bordeaux, netted three minutes into the second half and in the 65th minute.

While Fulham remains in the relegation zone, the London club moved within seven points of Newcastle in 17th to offer some hope of an escape.

Seventh-place Everton was toothless without injured top scorer Dominic Calvert-Lewin and also lacked the necessary competitiveness to make Fulham's first league win at Goodison Park in 28 attempts anything other than comfortable.

While Fulham failed to take advantage of having the better of the first half, the visitors did not need long to rectify that after the break.

Ola Aina burst forward from left back to cross for the unmarked Maja to slide home his first league goal on only his second appearance.

He tapped in his second after goalkeeper Robin Olsen tipped Harrison Reed's shot onto a post.