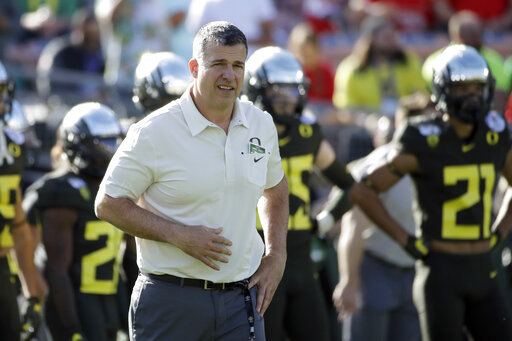 Oregon was among the top recruiting programs under the previous two coaches, consistently pulling in classes among the top half of the Pac-12 Conference.

The Ducks have become No. 1 under Mario Cristobal.

Highlighted by 19 four-star recruits, Oregon has landed the Pac-12's top recruiting class for the third straight year, finishing just ahead of Southern California in the 247 Sports composite.

"It's widely regarded as the best class in our history," Cristobal said Wednesday. "We'll find out on the field and when it all plays out. For the third consecutive year having the best class in the Pac-12 Conference is great because we like to have those consecutive type of accomplishments."

USC had been the Pac-12 recruiting king before Cristobal's arrival, consistently landing the conference's top classes.

Oregon was second to USC in Cristobal's first full season - he was interim coach for one game in 2017 - and passed the Trojans with a class that was No. 7 nationally in 2019. The Ducks were No. 11 nationally last year and this year's class is No. 6, two ahead of USC.

Oregon didn't have a five-star recruit in this year's class, but signed the No. 1 recruit from Oregon, California, Arizona, Nevada, Nebraska, Colorado, Utah and New York. It also has the nation's top receiver and tight end recruiting classes.

The class is highlighted by offensive tackle Kingsley Suamataia of Orem, Utah, and pro-style quarterback Ty Thompson of Gilbert, Arizona.

The Ducks already have 13 players on campus and are expecting another to arrive by spring as they try to win a third straight Pac-12 championship.

"It's awesome to see the hard work is validated and passing the accomplishments of past recruiting classes, regardless of departures or new arrivals," Cristobal said. "We've just got to keep going on and on and getting stronger."

USC fell off last year, finishing 64th nationally after several top targets chose to sign with other schools at the last minute.

The Trojans bounced back this year after coach Clay Helton's fifth full season, landing a class that is No. 8 nationally. The class includes five-star defensive end Korey Foreman of Corona, California, and includes 14 four-star recruits.

The Trojans got a big boost when four-star linebacker Raesjon Davis picked USC over Ohio State, LSU and Oregon.

"We basically made a commitment to duct-tape the phones and the iPads to our heads, and really dive into relationships with these families," Helton said.

The Trojans had some big holes to fill after losing seven players to the NFL draft following a truncated 5-1 season.

Foreman was the big get.

The 6-foot-4, 265-pound pass-rushing specialist was rated as the No. 1 overall national recruit, according to 247 Sports, and gave the Trojans a huge boost when he announced his commitment during the telecast of the All-American Bowl on Jan. 2.

"When the No. 1 player in the country says, 'Hey, I want to be a part of that,' it helps with other guys," Helton said.

California has been on the upswing under coach Justin Wilcox, increasing its win total each of the first three years. The Bears struggled during the pandemic-shortened season, finishing 1-3, but it didn't hurt them on the recruiting trail.

Arizona was put in a tough spot recruiting-wise when it fired coach Kevin Sumlin before the early signing period in early December.

New coach Jedd Fisch hit the ground running when he was hired just before Christmas and landed a class that is 76th nationally. The Wildcats were 59th last year with Sumlin's final recruiting class in the desert.

Fisch is hoping to turn around a program that's on a school-record 12-game losing streak, including a 70-7 loss to Arizona State to close out the 2020 season.

Arizona State has done well recruiting under coach Herm Edwards, including the nation's No. 23 class a year ago.

The Sun Devils' 2021 class has just 14 players, leading in large part to their No. 48 national ranking, but it does include four four-star players and four transfers who could have an immediate impact.

Arizona State returns most of its starters from 2020, including quarterback Jayden Daniels, so it didn't have many holes to fill. 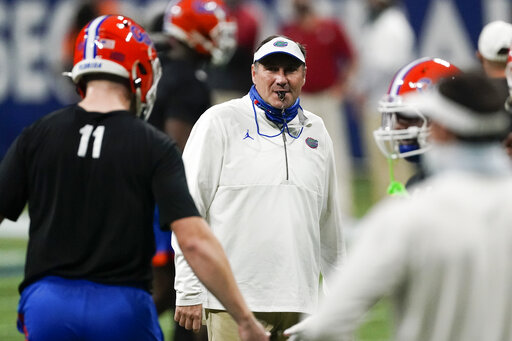 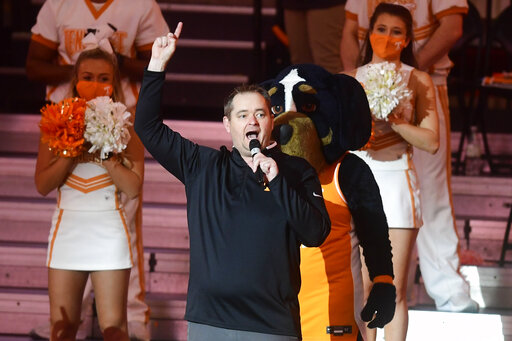 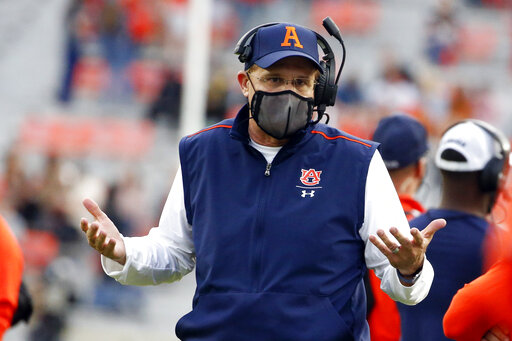 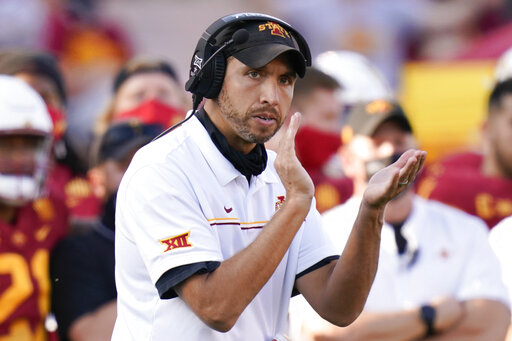 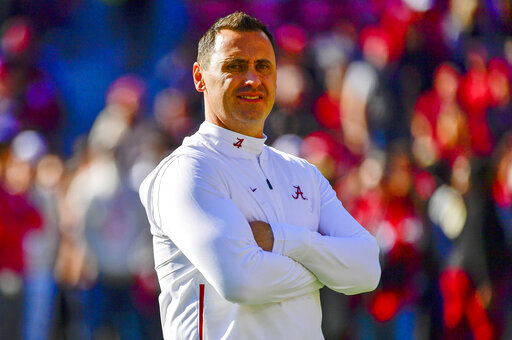 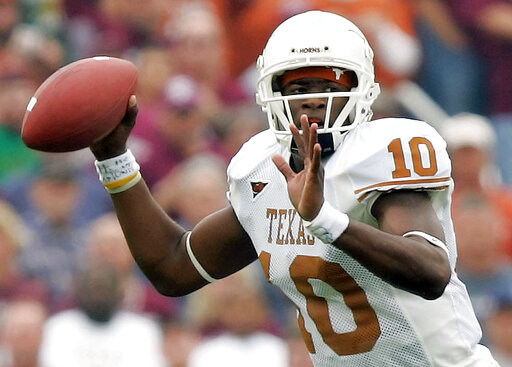